Donna Heinel probably had pretty good reason to think she would never got caught taking bribes to get students into USC.

Since around 2007, she pretty much was the only person in the athletic dept. who dealt with the admissions boards. It was her own fiefdom.

This often made her unpopular with USC coaches because she would often reject seemingly qualified candidates before even taking them to the admission board. One coach told me today how she rejected his athlete, only to have Oregon take the athlete later.

Little did these coaches know took around $1.3 million in bribes, according to the federal government.

And at the same time, Jovan Vavic was running his own operation with water polo worth more than $500,000.

I am very familiar with this admission process and saw coaches do it frequently. But they would take actual high school athletes as walk-ons who did not have the usual 4.0 GPA or amazing SAT score that seems to be required at USC these days.

One could argue all these scandals have one thing in common: No oversight.

Just like USC has an ineffective board of trustees, no full-time president and an absentee athletic director.

Here’s an example below of what Heinel did when USC admissions wanted to know why a women’s basketball recruit never played for the team. 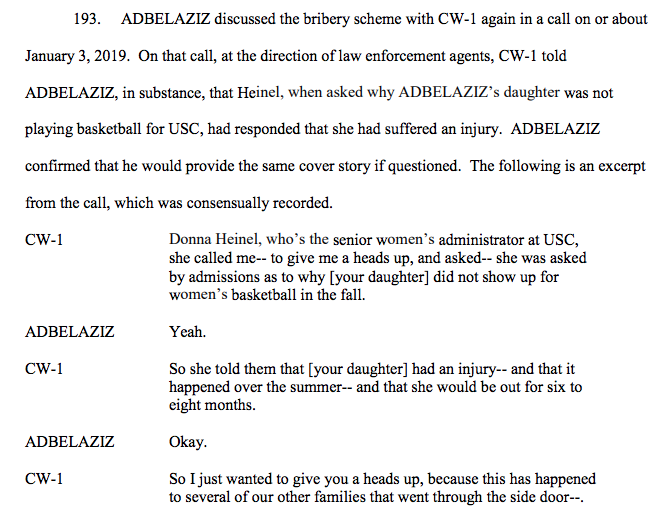 26 thoughts on “No Oversight Means Plenty Of Scandals”