One of the things that bothers me about USC track coach Caryl Smith-Gilbert is whenever the Trojans win a trophy, she inserts herself right in the middle of the photo and holds the trophy. It’s the athletes who win these titles, why not let them take center stage?

Smith-Gilbert is even blocking out at least one athlete in the photo.

I’ve yet to meet a track coach who scored a point in a competition won by their teams.

If you disagree, look at the photo of the Oregon men’s track team celebrating its 13th-straight Pac-12 title below. Where is the coach? He’s the guy in the yellow pullover that is barely in the photo. An athlete holds the trophy. There are even some female athletes jumping in. But no one ever upstages the USC track coach. 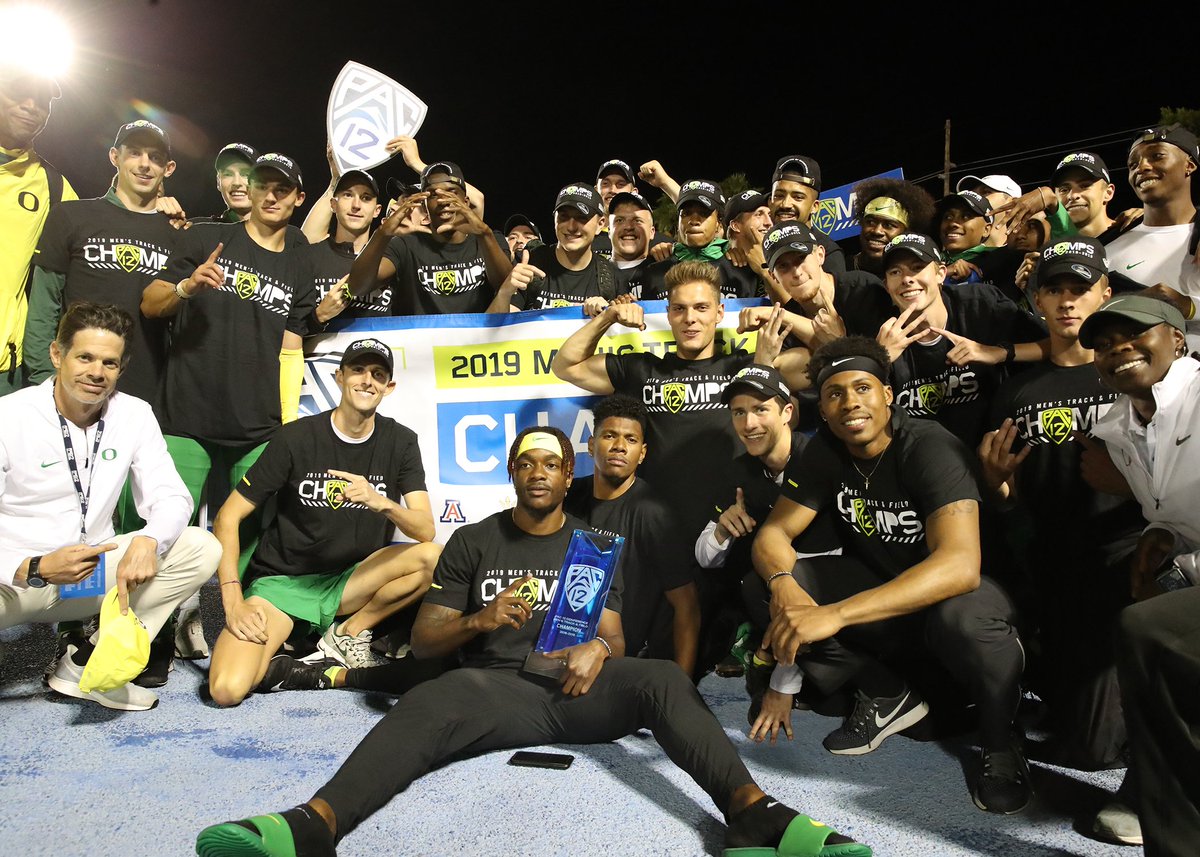 28 thoughts on “A Tale Of Two Pictures”